I’ve been inspired in my blogging by the insightful writings and proclamations of Pope Francis about mercy. To date he has written several books about mercy: 1) The Church of Mercy, 2) The Name of God is Mercy, 3) A Year of Mercy, 4) Walking in Misericordia, 5) On a Mission of Mercy and Holiness.

Throughout his ministry and writing, he has repeatedly explained that mercy requires an active attitude of intervention in addition to an emotional feeling. In 2013, the Pope even coined a new word in Spanish—misericordiando—that is “mercy-ing” in English. In other words, he’s preached that mercy is a verb, an action, a behavioral objective.

As one raised Catholic, I was hoping this Pope would demonstrate such mercy in addressing a recent grand jury report that accused more than 300 Catholic "predator priests" of abusing more than 1,000 children over the past 70 years in six Pennsylvania dioceses. The 900-page report that took two years to compile accused the church of cover-up and collusion to protect its priests. Sadly, this was not an isolated occurrence as accusations have surfaced for years in the United States, Ireland, Australia, Chile, etc.
https://www.vaticannews.va/en/pope/news/2018-08/pope-francis-letter-people-of-god-sexual-abuse.html

In his 2000-word letter, Pope Francis eloquently voices the pain and powerlessness suffered by victims and their families. He expresses his own feelings of empathy for victims and shame for offenders. He appropriately confesses the church’s sins of complicity and abandonment for “the little ones”. He calls for personal and communal conversion and penance through prayer and fasting. Unlike his predecessors, this Pope further recognizes sexual abuse as a crime and not just a sin. Thank you!
https://www.bbc.com/news/world-45250452 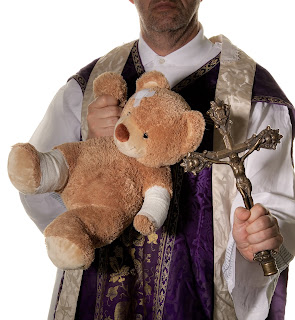 However, there’s no indication that a plan of action has been implemented by His Holiness from the Vatican seat of religious power to put a stop to the ongoing prevalence of sexual abuse within church ranks. The Pope’s letter falls short of his own definition of mercy as it seems to express pity rather than mercy for the victims.

Pity unlike mercy is nothing more than “feeling sorry” for the misfortune of the less privileged. Friedrich Nietzsche criticized Christianity as the “religion of pity” when it presents an illusion of superiority over the needy. Such pity is both unhealthy and dangerous, because it maintains the status quo of perceived power and dependency.1

God didn’t simply feel sorry for humankind from somewhere in the heavens above. Instead, God came down to earth in Jesus Christ to embrace our suffering and to overcome it for us.

Nevertheless, the Pope’s mercy is "missing in action" (MIA) when it comes to sexual abuse survivors. It’s past time for the Church to demonstrate mercy by taking responsibility, making amends, and enforcing zero tolerance in deeds as well as words.

“Confession, prayers, and fasting” may restore the perpetrator and the church to a renewed state of grace, which has been accurately defined as unmerited favor. But where’s the restitution for those that have been wounded?

Such “thoughts and prayers” are not enough to change a chronically dysfunctional system.

I’ve worked in the field of child abuse and neglect for twenty years, and I’ve also provided individual counseling to adult clients with abuse histories for an additional ten years. Moreover, I personally know the long-term effects of sexual trauma (#MeToo). Therefore, I want to see concrete details about what’s being done within the Church to ensure that the following issues are being addressed:

1. Amends – How does the church plan to make amends to sexual abuse survivors and their families? It takes years to process trauma in counseling. Often there may also be somatic symptoms requiring medical attention. Securing legal representation is costly. Has the Catholic Church established funds to help pay for therapeutic services, medical bills and legal fees accrued in the process of healing from the damage perpetrated by its clergy? How does someone access those resources?

2. Justice – Part of the healing process for victims and their families necessitates seeking justice for the abuser. Are survivors notified by church authorities as to how/when offenders have been disciplined for their crime? Are they assured that that offenders have been permanently removed from ministry and not just relocated?

3. Cause – Why has sexual abuse prevailed within the church and especially within the priesthood? What’s wrong with the system? Has the church examined the systemic ramifications of patriarchy, celibacy, elitism and isolation on its hallowed vocations?

Patriarchy is any system in which men hold the power and women are largely excluded from it. Altar boys, priests, bishops, archbishops, cardinals and popes can only be men. Within this Catholic Church hierarchy, patriarchy has been sanctified. These elite men have been set apart as holy and spiritually superior to women, and thus, ordained to have power to rule over women and their bodies. When women are objectified, abuse of power predictably ensues as #ChurchToo has revealed. 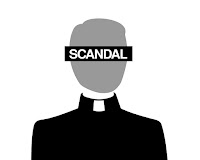 Sexism obviously permeates the theology and vocational lifestyle of the priesthood as women are excluded and even perceived as temptresses. In the Catholic Church, sexuality is usually recognized as necessary for procreation but not necessarily for pleasure. Thus, birth control is forbidden; celibacy is revered; and the eternal “Virgin Mary” is venerated. Although some people may have a spiritual gift of celibacy, it’s unrealistic to demand vows of celibacy for everyone choosing a life of spiritual service.

Why, in fact—apart from that rare spiritual gift—would anyone agree to that unless they have previously been sexually suppressed or even victimized? Is it feasible to expect people to be emotionally healthy while secluded from the rest of society just to preserve their sexless lives?

4. Education – Laws have been established to protect victims of crime. Mandate reporting laws specifically seek to prevent all forms of abuse. Mandated reporters are professionals who have regular contact with vulnerable people and are therefore legally required to report observed or suspected abuse. Does the church provide ongoing training to teach its mandated reporters the laws and criteria for reporting? Clergy-penitent privilege should not be grounds to withhold criminal information from authorities. That’s precisely the kind of “clericalism” that the Pope specifically condemns in his letter. What’s being done to end such clericalism?

5. Prevention – Perpetrators often seek access to targets and hide their shame. Does the church seek to discourage perpetrators from entering spiritual vocations through psychologically screening out potential deviants before they are accepted into the seminary or convent?

From a psychological view, sexual assault is not even about sex, but rather, about violence. How does the church identify suppressed anger before sexual violence occurs? What ongoing accountability is required by priests/nuns and to whom? Are they provided with ongoing psychotherapy to manage the pressures of their challenging lifestyles?

It’s time for the Vatican to step-up and begin mercy-ing to survivors and innocents, not just with words. Words from God bear power. When God said, “Let there be light,” there was light. When the Pope says, “Let there be mercy,” let him demonstrate it with action.