You will need to appoint some competent leaders who respect God and are trustworthy and honest (Exodus 18:21).

Life or Knowledge of Good & Evil

From the very beginning, God gave us choices. He told Adam and Eve that they could eat from every tree in the garden of Eden -- except for one. If they ate from that particular tree – they would surely die (Genesis 2:16-17).


Why? What was it about that tree that made it distinct from all the others? Why would it kill them?

This Tree of the Knowledge of Good and the Knowledge of Evil would forever separate us from God and deny our dependence on Him. As Satan had cleverly suggested to Eve, it would give us the seductive ability to “be like God knowing good and evil" (Genesis 3:5).

But wait, isn’t that a good thing? Evidently, not. It kills us!

We’re not God. The angels aren't God – that’s why Lucifer fell. That’s why the devil still tempts us with the very same thing that did him in – trying to be God.

We all want control, to be in charge and have our way. In contrast, the Tree of Life symbolized personal relationship with God as Adam and Eve had originally enjoyed in paradise, and as we know through Jesus Christ.

Even today, God continues to give us the same choice that He gave Adam and Eve. We can be dependent on Him for life and direction. Or we can try to be in control ourselves.

We can surrender power to Our Savior. Or we can depend on religion that simply gives us knowledge about what's good or evil.

In other words, Jesus is our only Savior. Otherwise, Christianity becomes just another religion.

Those are the choices. You don’t get to have both. You can try, but it won’t work.

Throughout the Bible, God makes it pretty clear that we can’t have our cake and eat it, too. We must either choose life or the way of death and destruction. 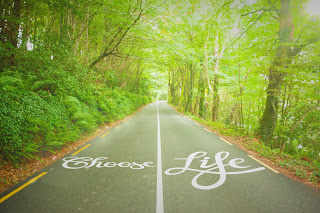 "I call heaven and earth to witness against you today, that I have set before you, life and death, the blessing and the curse. Now choose life, so that you and your children may live" (Deuteronomy 30:19; see also Deuteronomy 30:15, Jeremiah 21:8).

Our choices, therefore, continue to have real consequences, even life or death.

In the Old Testament, the Israelites wandered in the desert for forty years, because they chose not to trust only in God even after He had delivered them from slavery under Pharaoh. In spite of God's faithfulness, they worshiped a golden calf and turned away from God. Many died in the wilderness before arriving in the Promise Land.

Even we Americans today can create our own idols in the form of money, security, and power. Our golden calf can be our riches, our politics, our military strength, or whatever else  we're depending upon besides God to save this country.

Even our nation can become an idol if we believe being an American makes us righteous before God.

As Christians we can have the illusion of knowing good and evil, so that we can be like God, too -- as, Let’s make everyone look like us; think like us; believe like us. Let us make them in our image.

The problem is that’s not what Jesus would do, and we all know it.

The greatness of God, as demonstrated in Jesus, lies in another kingdom that's not of this world: a kingdom where the poor rule; the broken receive comfort; the hungry are satisfied; the foreigner is welcome; the sick are healed; and the last go to the front of the line (See Matthew 5:3-10).

His is a different kingdom indeed!

How, then, did we get so far off track?

The Bible shows us how we're all vulnerable to deception -- no matter how well we think we know God.

Adam and Eve had walked and talked in the garden of Eden with God, and yet they were easily tempted by the snake to distrust God.

Moses saw God face to face and delivered His people across the Red Sea. Yet, soon afterward the Israelites turned away from God to worship an idol.

When Jesus Christ rode a donkey into Jerusalem, the people there laid down their cloaks in front of him and hailed him with palm branches to celebrate him as their King and Messiah. Yet, just four days later, they rejected Jesus in favor of Barabbas, "a murderer" (Acts 3:14).

When Jesus was presented before Pontius Pilate as a prisoner of the state, the same crowd that had been following him gathered around. However, they clearly wanted political power not spiritual power.

Consequently, when Jesus stood defenseless before Pontius Pilate, they rejected him. They liked ‘people who weren't captured'.

Barabbas, on the other hand, was a robber and a bully who relied on violence and political force not on the humble Beatitudes that Jesus preached.

When confronted by Pilate to justify himself as King of the Jews, Jesus answered, "My Kingdom is not an earthly kingdom. If it were, my followers would fight to keep me from being handed over to the Jewish leaders. But my Kingdom is not of this world...You say I am a king. Actually, I was born and came into the world to testify to the truth. All who love the truth recognize that what I say is true" (John 18:36-37).

Pilate realized that Jesus was innocent, because he wasn’t seeking political power. As per the Passover tradition, Pilate was willing to release Jesus and offered the people a choice between Jesus and Barabbas.

Pilate asked them, "Which one do you want me to release to you: Barabbas, or Jesus who is called the Messiah?"(Matthew 27:17).

Other writers have noted the similarity in the two prisoner's names. Yeshua was actually a common name in that time just like Mary or John once were here. Thus, Barabbas was also known as Yeshua Barabbas. (Bar means son, and abba means father.) Thus, both were literally named Jesus, son of the father.1

But which father? Suffice to say here, that one was the real deal and the other symbolizes a counterfeit.

In order to discern counterfeit money, they say you need to study and recognize real money. Likewise, you have to know Jesus intimately to discern a fraud.

Jesus made it clear that his kingdom was about radical love for others and not about political power. When we choose to love as Jesus did by confronting injustice, meeting human needs, and seeking to heal and protect vulnerable lives, we experience his kingdom alive among us (Luke 17:21).

But the people in Jesus' time wanted to make Jerusalem great again. That's what Barabbas was all about; he was blatantly interested in power, position, and fame in the here and now.

“Give us Barabbas!” The crowd demanded.

And so they, too, chose political power over Jesus.

Here we are today: once again confronted with a choice between life or death. We must decide which kingdom and what leaders we will serve. Moreover, we must carefully examine the consequences of our choices recognizing that even our Biblical predecessors were deceived into wanting power and control over Jesus and his kingdom.

Do we maintain a democracy of, by, and for the people? Or do we allow the financially elite to co-opt our rights and liberties?

Do we isolate ourselves from our established allies and side with dictators? Or do we work with the United Nations toward global peace?

Do we ignore the catastrophic consequences of climate change that we're already experiencing? Or do we collaborate with other nations to save our environment for future generations?

Do we harden our hearts at the ongoing dehumanization of peoples from other ethnicities and races whom Jesus loves? Or do we obey his commandment to love others as ourselves?

Do we cherish our guns while innocent school children and others are being senselessly shot down? Or do we work together to reduce gun violence all around us?

Do we reward sexual abusers with more power to abuse? Or do we demand that our leaders demonstrate respect and fairness toward women?

Do we scheme for earthly power and control? Or do we seek God's kingdom within and among us?

These are not inherently political issues, but rather concerns of a Father God who loves His children.

Thankfully, in our democracy, we still have a choice. We can vote.

As in Biblical times, even today, it’s a choice between life and death.

This time, however, it’s your choice.

Vote as if life depends upon it.