(Names & identifying details have been changed to protect the privacy of individuals.)

When I first met Shelly, she was wearing an orange jumpsuit that veiled her baby bump although she was already into her first trimester. Shelly had been jailed after domestic violence erupted between her and her boyfriend while under the influence of crystal methamphetamine. She had become so thin using meth that her hormones were imbalanced, and she hadn’t realized that she was pregnant.

As the outreach director of a maternity home, I’d been contacted by the jail to evaluate whether Shelly would be eligible for our program after her release. I had already established a collaborative relationship with the jail as well as other referral sources such as clinics, churches, colleges, and even, Planned Parenthood. If they knew of a pregnant woman that needed practical perinatal supports to choose birthing her unborn baby, I offered our contact number as a resource.

To ensure optimal benefit from the program, we required a minimum of 30 days sobriety from alcohol and other drugs before acceptance. Shelly was released from the county jail, entered an outpatient recovery program, and soon became a “model” resident in the maternity home while she prepared for motherhood.

It was easier for Shelly than most of the women who came to the home, because she was Caucasian, Christian, educated, and emotionally supported by her affluent parents. Most of the other pregnant women seeking our help were none of the above.

Yet, much like the others, Shelly needed our comprehensive services to put her life back together. In the interim before birth, Shelly was expected to complete household chores, participate in counseling, attend pregnancy & parenting classes, and work part-time—just like the other expectant mothers in the home.

During my three years as director, I encountered hundreds of pregnant women over 18 from a variety of sociological backgrounds with individual stories needing help. Seldom did I need to convince them to carry their babies to term; but, I always needed to provide them with emotional support, realistic options, basic needs, and community resources to prepare them for the long-haul of motherhood, which they almost always preferred over adoption.

Unfortunately, the “sperm donors” (as the women called them) seldom manned-up to their responsibilities as fathers. So single motherhood loomed before those expectant women with uncertainty and apprehension as they asked themselves the obvious questions:
It wasn't any simpler for Shelly to resolve those questions even coming from relative privilege. Thankfully, Shelly was able to finish her degree, secure gainful employment, and obtain subsidized housing.

However, the biological father later aggressively fought for his paternity rights after he finished his prison term. Significant tension and drama later developed between Shelly, the father and her new boyfriend. In time, their young son started displaying behavioral disorder with speech and developmental delays requiring early childhood intervention. Shelly had the resilience needed to overcome many difficult circumstances to raise her son, but it’s required extensive social supports all along the way.

The Reality of Motherhood:

What about pregnant women who don’t have the supports or opportunities Shelly had?

I Care, because I’m Pro-Life.

“It takes a village to raise a child” is an African proverb which means that it takes an entire community of different people interacting with children in order for a child to experience and grow in a safe environment.”1 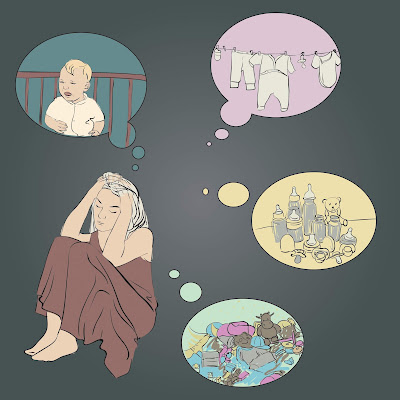 Real mothers recognize their valid dependence on others in order to raise their children successfully. Motherhood is the hardest job on earth requiring 18+ years of 24:7 obligation and ongoing responsibilities for another dependent human being.

Still, single motherhood may becoming the new “norm” as 1 in 4 children under 18 is being raised without a father in the home.

Unfortunately, families headed by single mothers in the United States are also among the poorest households with more than one-third living in poverty. It's estimated that single mothers will spend more than half their income on housing and a third on childcare without paid maternity leave. Consequently, single mothers are vulnerable to homelessness and food insecurity.2

Single-mother families are also most likely to lack health insurance in states that didn’t expand Medicaid under the Affordable Care Act (Obamacare).

Yet, politicians have cut funding and seek to dismantle such so-called “entitlement” programs leaving single mothers particularly vulnerable. As a pro-life activist, ideological or political near-sided priorities infuriate me!

How are single mothers and their babies supposed to survive without such programs empowering them?

Everyone loves babies! Babies, in all forms, capture our attention, play with our tenderhearted emotions, and solicit our coos, awes and smiles. Whether they’re humans, puppies, or kittens, they’re so cute and playful! Everyone agrees to that, but we often forget how much work and resources all infants require!

As everyone says: babies change your life forever; it will never be the same!

When babies are conceived, future parents may not even be thinking about children as they climax in ecstasy. Then after a few weeks, a woman may realize the wonder and bewilderment of missing a menstrual period and watching a home pregnancy kit read positive. Thoughts & emotions boggle her mind: 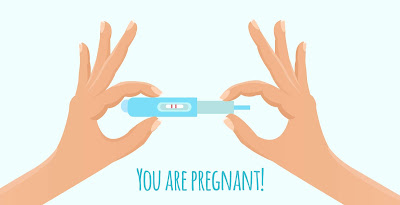 As women, every single month of our lives, between puberty and menopause, presents itself with that miraculous and unpredictable possibility of conception. Our biological system has been designed to conceive, gestate, deliver, and nurse a newborn. It’s a natural phenomena for us!

The dilemma for most women, isn’t about nature, however, it’s about nurture.

How is she going to take care of a child?

If we expect a woman to carry her baby
to term, then we have an obligation
to provide her with what she needs
to take care of her child.


“Brethren, if a man is overtaken in any trespass, you who are spiritual restore such a one in a spirit of gentleness, considering yourself lest you also be tempted. Bear one another's burdens, and so fulfill the law of Christ. For if anyone thinks himself to be something, when he is nothing, he deceives himself. But let each one examine his own work, and then he will have rejoicing in himself alone, and not in another (Galatians 6:1-5).”

“And you experts in the law, woe to you, because you load people down with burdens they can hardly carry, and you yourselves will not lift one finger to help them (Luke 11:46).”

(Paraphrased): Even if a woman is overtaken by sexual sin and becomes pregnant, be merciful to her. You who are followers of Jesus, reach out to her – not to judge or condemn her – but to forgive and offer hope. Put yourselves in her shoes and help her with whatever she might need to carry her baby burden. This isn’t about you, your political party, or even judicial laws to make yourselves look holier. This is about the Law of Christ – the Law of Love for your neighbor – just like you would want done for yourself, or your daughter, or your sister in a similar situation.

Don’t be a hypocrite like the judges, politicians, and religious Pharisees, who manipulate abortion laws for their own gains, who don’t even care enough to help single mothers by implementing laws that help rather than harm them.

That’s what Jesus would do, but the ball is now in your court:


"This day I call the heavens and the earth as witnesses against you that I have set before you life and death, blessings and curses. Now choose life, so that you and your children may live (Deuteronomy 30:19)."


1. It takes a village:
https://en.wikipedia.org/wiki/It_takes_a_village

Mercy Or Judgment in Marriage